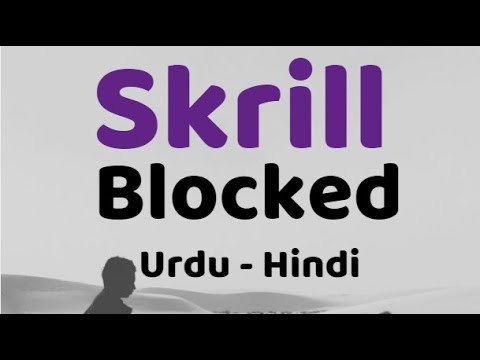 Distributed Sub-Networks: Unbounded Distributed Scaling of the Bitcoin Network Without Any Forks

TL;DR
I believe I have discovered a method to scale the Bitcoin network without the need to update the Bitcoin core code. Neither a hard fork nor a soft fork should be necessary. This can be achieved by securely distributing the ownership of a single multisignature Bitcoin wallet. The distributed ownership would be managed by a sub-network using a new blockchain which could provide any functionality its users desire, thus allowing for unlimited scaling and feature adoption. The proof mechanism to enforce the sub-network would not be limited to ASIC-compatible proof of work. Furthermore, any sub-network would be able to make use of innovative current and future blockchain technologies without the need to create a separate token (a.k.a. altcoin). For example, if a network would like to offer smart-contract functionality and code execution (e.g. Ethereum), anonymity (e.g. Monero), or any other utility, then it can enforce all of these protocols with authentic Bitcoin, so as to not dilute the crypto space with the creation of new, “alternative” coins and the value addition of these features can be fully recognized by Bitcoin. This can be achieved by distributing the ownership of a single Bitcoin multisignature wallet existing on the Bitcoin core network. The wallet can be used as a system of account in a scalable sub-network in a manner that guarantees the accounts held in the sub-network are tied directly to coins in the official Bitcoin Core network.

Introduction:
There is a clear division in the Bitcoin community regarding the implementation of a network hard fork. It appears the two most prevalent sides of the argument are:

If it wishes to grow into something much bigger than it is today, then perhaps the Bitcoin community should come to a consensus in order to move forward and robustly defend against the significant external threats looming over it. These threats include:

A multisignature wallet will be created on the super-chain with each portion of ownership controlled by a mining node on the sub-chain.

Blocks_A and Blocks_B will be mined independently from each other on the sub-chain.

Blocks_A blocks will contain a header to notify the network they belong to the Blocks_A set, and likewise for Blocks_B blocks.

Blocks_A blocks and Blocks_B blocks can be of arbitrary and differing sizes and can be appended to the sub-chain in an arbitrary order.

Mining On The Sub-Chain
Proof of Work (or any other proof mechanism) will be applied to Blocks_A blocks independently from Blocks_B blocks.

Nodes will earn transaction fees on the sub-chain when they solve a block belonging to Blocks_A.

Nodes will earn transaction fees on the sub-chain when they solve a block belonging to Blocks_B.

The sub-chain will contain X mining nodes and only N of those nodes, where N < X, (and in this case N = 9) will be able to control one of the private keys of the multi-sig wallet on the super-chain over the period between any two given Blocks_A blocks being solved on the sub-chain.

These 9 nodes will be chosen through some sort of consensus mechanism by the X nodes on the sub-chain. This can be determined by hashrate magnitude, largest stake, democratic election by node votes, etc.

The obvious risk here is that 5 of the 9 nodes can collude and run away (back to the super-chain) with the full amount of funds accounted for in the sub-chain. This threat should be possible to mitigate in various ways that create a risk for any of the 9 nodes to behave improperly.

Security can start by the rest of the network making a best effort to pick reputable nodes during every re-election of the 9. Nodes with an established reputation and the ability to earn transaction fees simply for relaying transactions, should be earning a reward that outweighs the risk of attempting to steal. Lastly, a smart-contract could be executed on the sub-chain that requires the 9 key-holders to stake a relatively significant amount before they are granted 1/9 access to a multisig wallet controlling all of the sub-chain’s funds. If any four or fewer of the 9 key-holders act maliciously while five or more do not, then the honest nodes will gain the stakes of all the malicious actors. This could foster an environment of distrust among the 9 key-holders leading them to worry if thief partners may actually be trying to betray them for financial gain.

Note: I believe SegWit will support up to 20-of-20 multisig wallets. It would provide far more security if we use 11-of-20 compared to if we use 5-of-9. In fact, the security of this pattern should scale exponentially as M and N increase.

Also worth considering is the use of a larger value of M relative to N such as 6-of-9, 7-of-9,... but if M gets too close to N, it decreases the number of nodes that need to collude to put the multisig wallet funds in a permanent deadlock. Of course there would be no financial benefit to this on the sub-chain or on the super-chain, but external enemies of Bitcoin might be willing to attempt this.

Final Points To Note
An issue some members of the Bitcoin community have with increasing block size is that it eventually leads to the exclusion of smaller miners who cannot store the entire blockchain history on their nodes. Sub-networks could possibly be configured to clear themselves out by moving all funds back into the super-chain and then restarting tabula rasa (i.e. with an empty blockchain).

A solution to bandwidth constraints of small miners could be introduced without the need for a hard fork on the super-chain if future blockchain developments solve the bandwidth issue.

Any number of these sub-chains can be created if various factions of the Bitcoin community want their own custom functionality.

Blockchain is only a part of fintech. It’s not a synonym for fintech. Here are some other important innovations of the industry. Read more –> click here all content is copyright CoinTelegraph. Need Bitcoin marketing and PR? Bitcoin PR Buzz has been proudly serving the PR and marketing needs of Bitcoin and digital currency tech… It’s a logical fallacy as “blockchain” is used by many as a synonym of “software”, and it’s true that software is eating the world. In reality, blockchains were designed to solve one specific problem: the double spending of digital cash without relying on a central third party. The only innovation of bitcoin in 2009 is that it gets rid of central authorities. All the other ... In Bitcoin’s case, ... Notify of . Guest. Krupali Vasa . Cryptocurrencies are a kind of alternative currency and digital currency . Cryptocurrencies use decentralized control as opposed to centralized digital currency and central banking systems. After Success of Bitoin & Ethereum, many big & small organisation or investors trying to launch their own cryptocurrency in Crytocurrency market ... My take on the #Bitcoin halving from a trader perspective:. I literally dont even know what a halving is. I don't care about a halving. I have never cared about a halving. — loomdart (@loomdart) April 8, 2020 However, Matthew Dibb, co-founder and chief operating officer of crypto investment firm Stack, sees some of the other economic effects of the coronavirus as being positive for Bitcoin ... Bitcoin Cash (BCH) transaction 6ecaaeaa652d87546dd9a51c0268c71aa01b1537ca2f39ad5600d13c13638fd3, date: 2020-06-04

This video shows you the capabilities of the Spotfire Alerting extension. Let's say you want to get a notification whenever the data from your dashboard crosses a threshold. You can select who ... In this video I go over creating a webhook email notification with blocktrails API using their UI and PHP. Use the webhook to do whatever you want! Blocktrail also has a super awesome wallet API ... BREAKING: Roger Ver stated that BTC Bitcoin core may be a pyramid scheme and attests that Bitcoin Cash is the real deal (is he wrong?). Also, rumors are circulating that the US Dollar might become ... Use Blockchain API to Calculate Time Until Next Bitcoin Block Halving by m1xolyd1an. 9:10 . Blockchain Receive Payments API v2 HD BIP32 xpub by m1xolyd1an. 11:36. How to Use Blockchain Receive ... givefreebtc.com // 2020 best legit bitcoin mining site // givefreebtc.com review - 3 days ago - Breaking down everything you need to know about Bitcoin mining, from blockchain and block rewards to ...